Blood Vessels and Lymphatics of the Upper Limb

In terms of arterial supply, the upper limb has 5 main vessels, the: subclavian, axillary, brachial, radial, and ulnar arteries. The subclavian, axillary and brachial arteries are continuous with one another, with the brachial artery bifurcating into the radial and ulnar arteries which later converge in the hand. These arteries supply oxygenated and nutrient-rich blood to the many muscles of the upper limb, as well as its other structures.

The venous drainage of the upper limb consists of a deep and superficial system of veins which drain deoxygenated blood back to the heart. The deep veins are anatomically closely related to an accompanying artery, allowing for the pulsating movements of the artery to aid in the movement of blood through the vein, whereas the superficial veins sit superficial to the deep fascia of the upper limb. An important vein to remember is the median cubital vein, as it is a very common site for venepuncture.

The lymphatic drainage is involved in moving tissue fluid, cellular debris and plasma proteins away from the tissues. It also plays a key role in immunity, as any foreign objects in the lymph will pass through the many lymph nodes of the upper limb, where many immune cells reside. There are both superficial, and deep lymph nodes; The superficial nodes are found alongside the superficial veins, whereas the deep nodes are focused around the axilla.

In this section, learn more about the blood supply and lymphatic drainage of the upper limb… 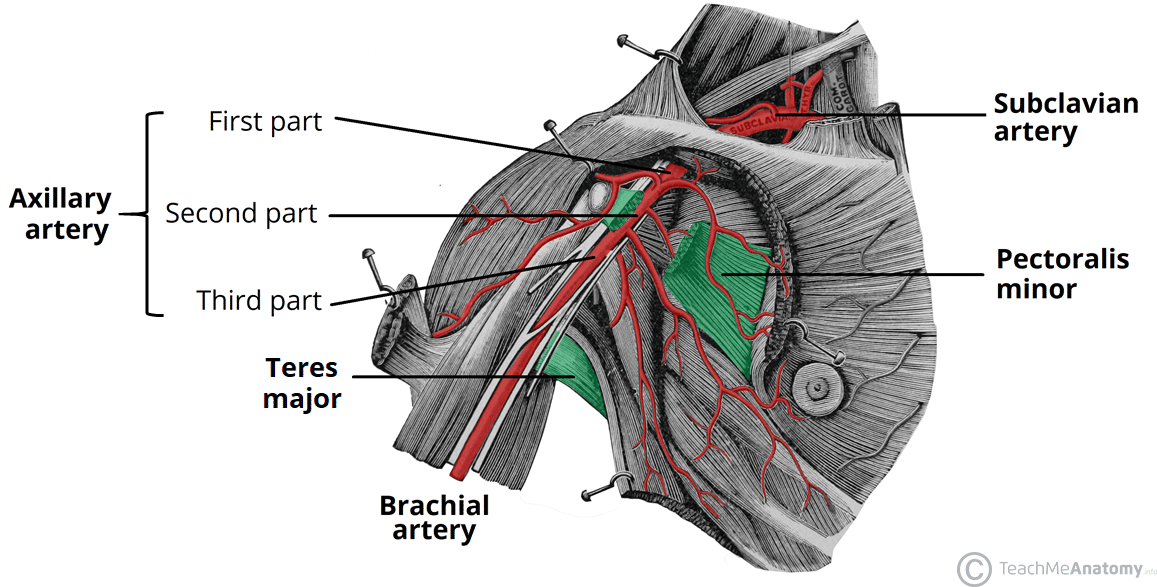 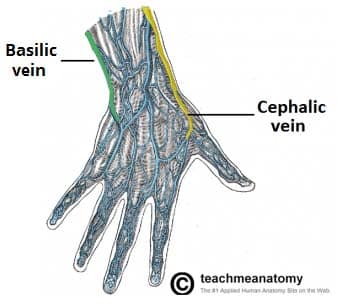 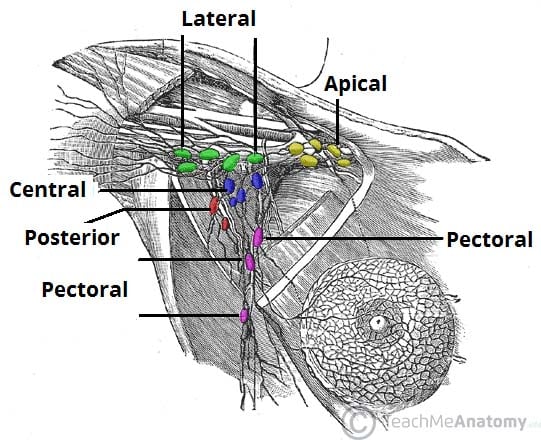