Areas of the Neck

The neck is an anatomically complex region. Its surface anatomy can be used to demarcate two main areas: the anterior and posterior triangles. Each of the areas of the neck are located bilaterally and contain subdivisions which indicate the location of specific structures.

The anterior triangle is formed by the inferior border of the mandible, the anterior border of sternocleidomastoid and the sagittal plane in the midline of the neck. It has 4 main subdivisions: The carotid triangle marks the position of the bifurcation of the common carotid artery, the internal jugular vein and cranial nerves X & XII. The muscular triangle contains the infrahyoid muscles and midline structures such as the pharynx and thyroid gland. The submandibular triangle contains the submandibular salivary glands and lymph nodes along with the facial artery and vein, while the submental triangle contains the submental lymph nodes.

The posterior triangle is formed by the anterior border of trapezius, the posterior border of sternocleidomastoid and the superior border of the clavicle. The inferior belly of omohyoid splits this area into the larger occipital triangle and the smaller subclavian triangle. The latter contains the distal end of the subclavian artery. The occipital triangle contains within its floor vertebral muscles enclosed by the prevertebral fascia. Within these muscles the cervical plexus forms. More superficially the trunks of the brachial plexus, the accessory nerve (cranial nerve XI) and the external jugular vein can be found.

In this section, learn more about the anatomy of the areas of the neck – the anterior and posterior triangles and their subdivisions. 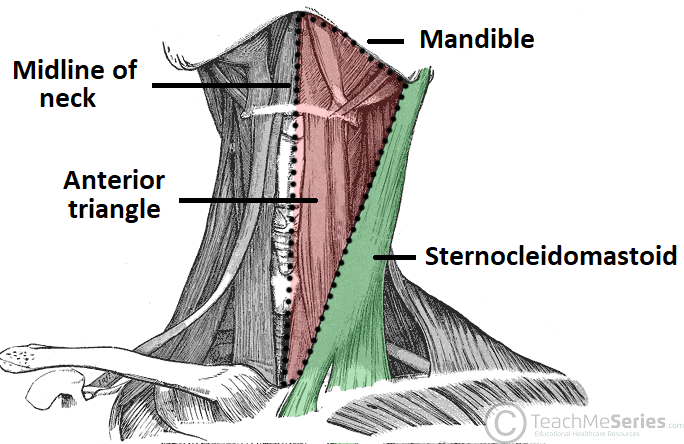 The Anterior Triangle of the Neck
View Article 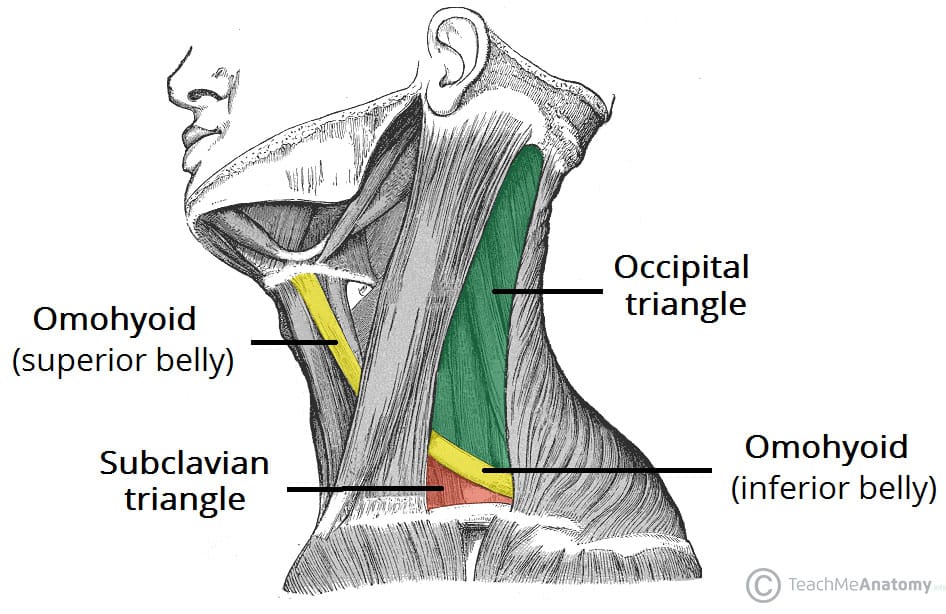