Nerves of the Upper Limb

There are 6 topics covered in the nerves of the upper limb, an overview of the brachial plexus and a more in-depth look into it’s 5 main branches: axillary, musculocutaneous, median, radial, and ulnar nerves.

The axillary nerve is a branch of the brachial plexus which contains nerve fibres from C5 and C6, it provides sensory innervation to the skin on the “regimental badge” area of the upper arm and motor innervation to the deltoid and teres minor muscles.

Another nerve of the upper limb is the musculocutaneous nerve, it contains nerve fibres from roots C5 to C7 and supplies the muscles of the anterior compartment of the upper arm. It also has a sensory branch which supplies the lateral aspect of the forearm.

The median nerve is made up of nerve fibres from C6 to T1, it provides motor innervation to the muscles of the anterior compartment of the forearm, as well as the thenar muscles and lateral two lumbricals of the hand. For sensory coverage, the median nerve supplies the lateral aspect and three and a half digits of the hand.

The radial nerve is formed from nerve fibres from all the roots of the brachial plexus. After it is formed, it spirals down the arm in the radial groove of the humerus, giving motor innervation to the triceps brachii muscle, it also innervates the extensor muscles in the forearm. It provides sensory innervation to the posterior forearm and dorsal surface of part of the hand.

The ulnar nerve is formed from roots C8 and T1, it innervates most of the intrinsic muscles of the hand and 2 muscles in the anterior forearm. It provides sensory innervation to the little finger and part of the ring finger, as well as the medial palmar area.

In this section, learn more about the nerves of the upper limb… 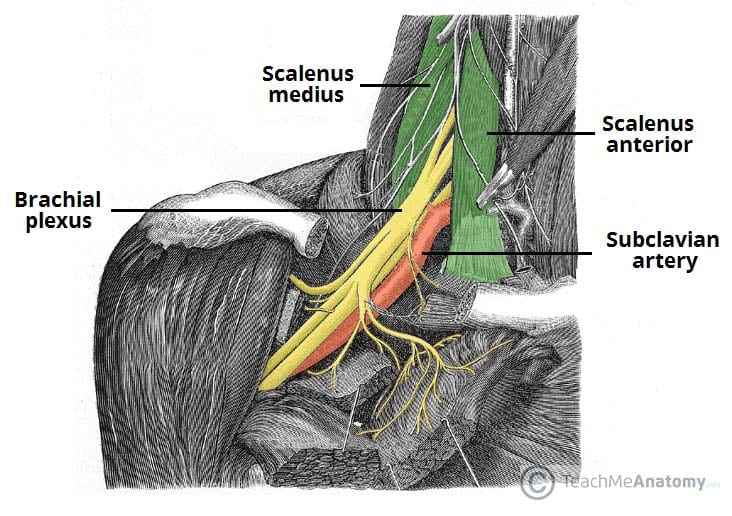 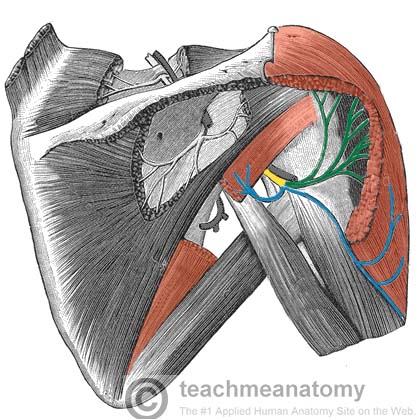 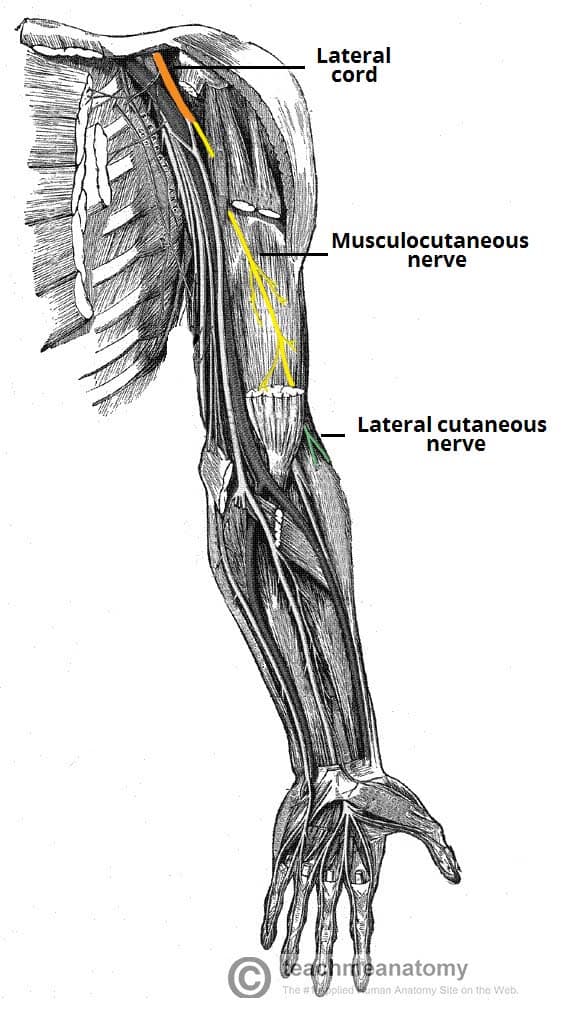 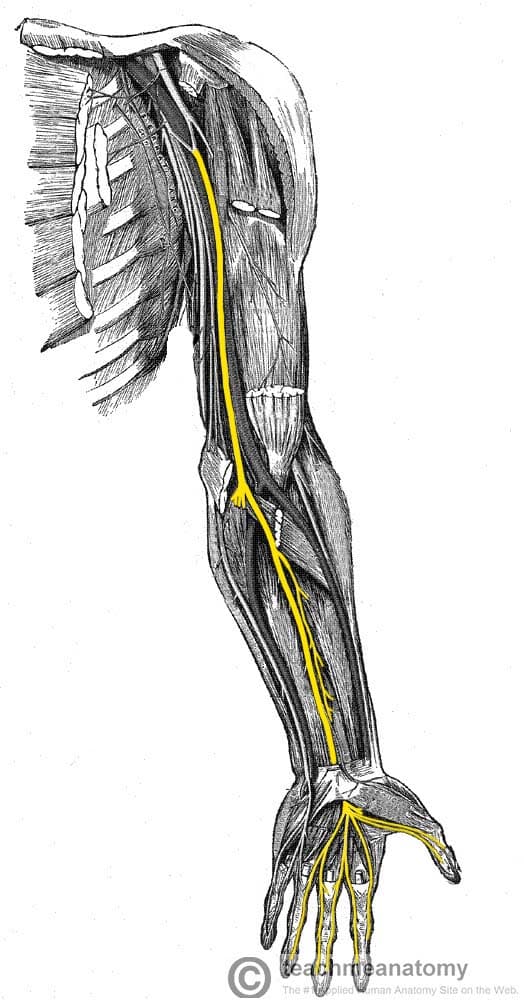 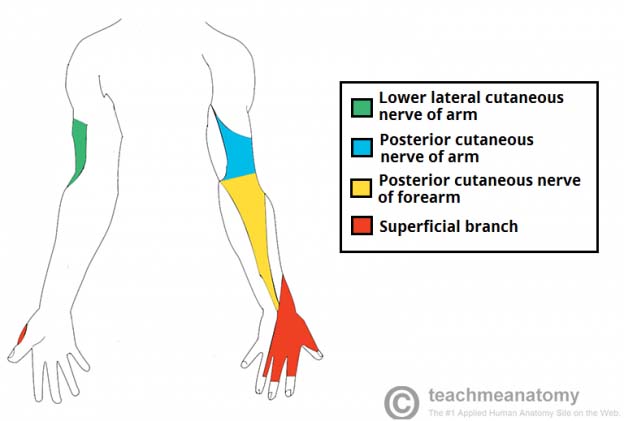 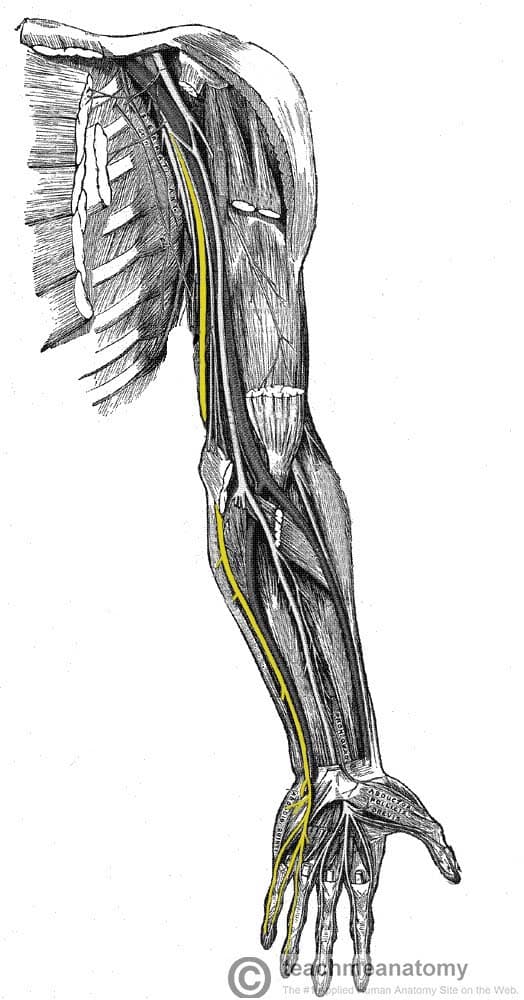