Nerves of the Head

The nerves of the head include the sympathetic and parasympathetic innervation to the head and neck, as well as the three branches of the trigeminal nerve: ophthalmic, maxillary and mandibular.

The sympathetic innervation begins in the spinal cord. Nerve fibres exit the spinal cord and enter the sympathetic chain, which is composed of superior, middle and inferior cervical ganglion. Here, the fibres from the spinal cord synapse with post-ganglionic fibres, which then hitch-hike along nerves and arteries to reach their destination in the head and neck.

The parasympathetic innervation to the head and neck originates from 4 nuclei, located in the brainstem. Each nucleus is associated with a cranial nerve, which carry the parasympathetic fibres. The fibres synapse at a peripheral ganglion, and the post-ganglionic fibres travel to their target organ or tissue. The 4 key parasympathetic ganglia are: the ciliary, otic, pterygopalatine and submandibular.

The trigeminal nerve (CN5) consists of three terminal branches: ophthalmic, maxillary and mandibular, which together provide sensation to the skin of the face, as well as innervating the muscles of mastication. The ophthalmic division of the trigeminal nerves supplies sensory innervation to structures derived from the frontonasal prominence: the forehead, scalp, frontal, ethmoid and sphenoid sinuses, upper eyelid and its conjunctiva, cornea, dorsum of the nose and lacrimal gland. The sensory innervation to the cornea by the ophthalmic nerve is vital in protecting the eye via the corneal reflex.

The mandibular branch serves both sensory and motor functions. Sensory innervation is provided to the skin overlying the lower third of the face, the inferior row of teeth, as well as the anterior two thirds of the tongue. The mandibular branch of the trigeminal nerve supplies motor function to the muscles of mastication including: the masseters, medial and lateral pterygoids, and the temporalis muscle.

In this section, learn more about the nerves of the head including sympathetic and parasympathetic innervation, and the ophthalmic, maxillary and mandibular branches of the trigeminal nerve.

Parasympathetic Innervation to the Head and Neck
View Article 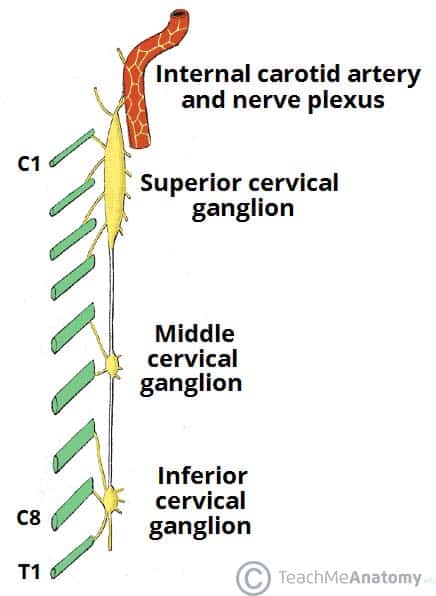 Sympathetic Innervation to the Head and Neck
View Article 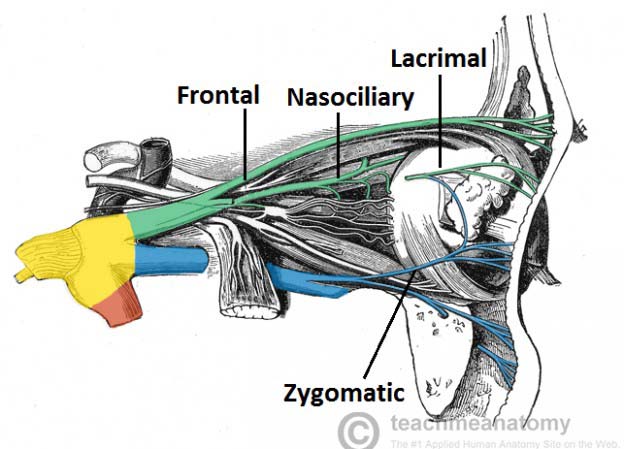 The Ophthalmic Division of the Trigeminal Nerve (CNV1)
View Article 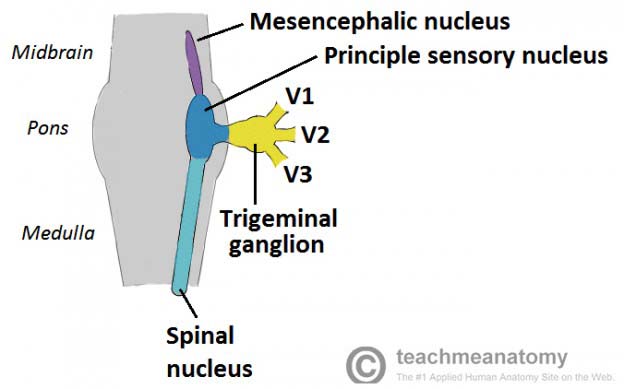 The Maxillary Division of the Trigeminal Nerve (CNV2)
View Article 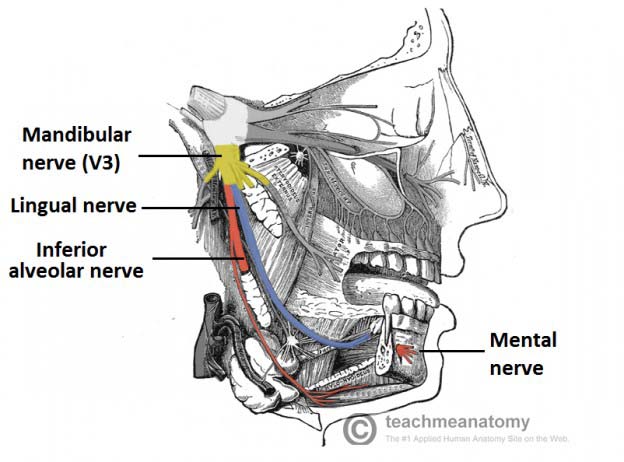