Blood Vessels and Lymphatics of the Head and Neck

The vessels of the neck must not only supply and drain cervical structures but also those in the head.

The largest arteries in the neck are the common carotids. These arise from the brachiocephalic trunk on the right side and directly from the arch of the aorta on the left. They run superiorly before bifurcating at the level of C4.

The external carotid arteries are the superficial branches supplying almost exclusively areas of the head and neck external to the cranium. They form eight main branches bilaterally.

The internal carotid arteries are predominant contributors to the intracranial blood supply. They ascend through the neck without branching before entering the cranium via the carotid canals. Here they supply the eyes, brain and forehead. The vertebral arteries also contribute to the intracranial blood supply. They arise from the subclavian arteries and pass through the transverse foramina of the cervical vertebrae on their course to the cranium, which they enter via the foramen magnum.

The thyrocervical trunks ascend from the subclavian arteries and branch to provide blood supply to the thyroid and various muscles in the neck.

The jugular veins are the major veins of the neck. The internal jugular vein is a continuation of the sigmoid sinus. It courses inferiorly within the carotid sheath, collecting tributaries in the neck. It merges with the subclavian vein at the base of the neck to form the brachiocephalic vein. The external jugular drains the external face. It descends from the angle of the mandible within the superficial fascia, crossing sternocleidomastoid and draining into the subclavian vein. Also draining into the subclavians are the anterior jugular veins. These are subject to anatomical variation. They drain the anterior neck and can be found descending together near the midline of this territory.

Lymph from superficial parts of the head and neck joins that from deeper structures after passing through superficial lymph nodes, which loosely form a ring. All of the lymph enters the jugular lymphatic trunks and ultimately drains into the subclavian veins. Waldeyer’s ring is an array of lymph tissue encircling the superior pharynx serving to defend against inhaled or ingested pathogens. 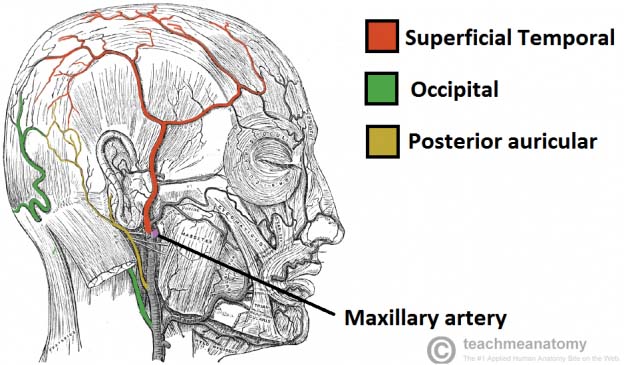 Major Arteries of the Head and Neck
View Article 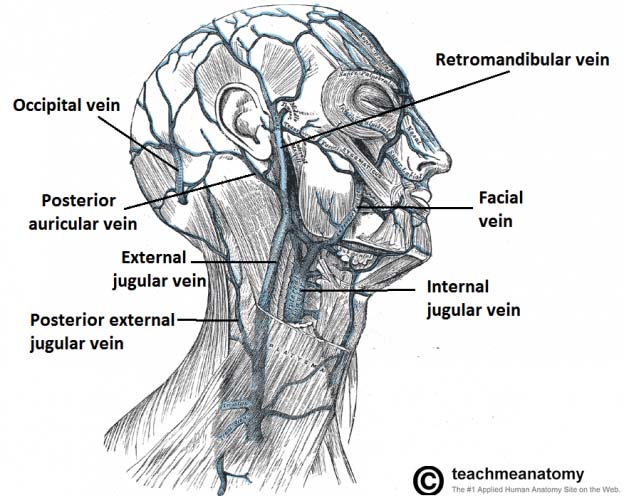 Venous Drainage of the Head and Neck
View Article 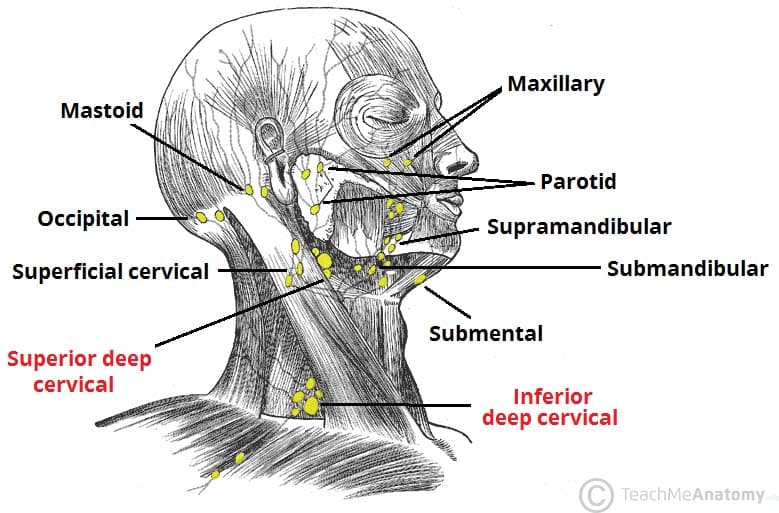