Bones of the Neck

The cervical spine and the hyoid bone constitute the bones of the neck.

The bodies of the typical cervical vertebrae articulate via symphyses, separated by fibrocartilaginous intervertebral discs. Their arches articulate through synovial joints between articular facets. The vertebrae are supported by the same ligaments found throughout the spine as well as the nuchal ligament, a thickened continuation of the supraspinous ligament. There are 8 cervical spinal nerves associated with the cervical vertebrae.

C1 (atlas) and C2 (axis) are specialised atypical vertebrae which, together with the occiput, form the atlanto-axial and atlanto-occipital joints. These permit rotation and flexion at the head.

The hyoid bone is a U-shaped bone found anteriorly in the neck around the level of C3. It is unique in not articulating with any other bones. Instead, it provides a point for attachment for an array of muscles and ligaments. Most of these attach to the bone’s two greater horns with the exception of the stylohyoid ligament which attaches to the lesser horns. The horns of the hyoid bone converge centrally to form the body of the hyoid.

In this section, learn more about the anatomy of the bones of the neck. 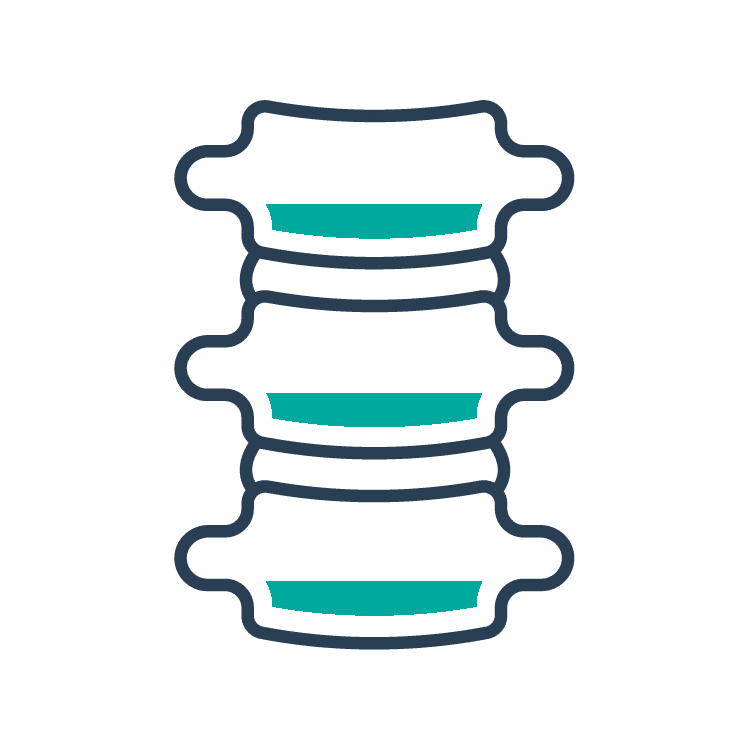