Muscles of the Neck

The muscles of the neck are present in four main groups.

The three scalene muscles are found forming the floor of the posterior triangle. The anterior and middle scalenes originate from the transverse processes of certain cervical vertebrae and attach to the first rib. The posterior scalene also originates from the cervical spine but attaches instead to the second rib. Together, the scalenes act to flex the neck. They can also be recruited as accessory muscles of respiration. These muscles are innervated by the posterior rami of various cervical spinal nerves.

The suprahyoid muscles all attach to the hyoid bone from superior origins and thus are responsible for elevating the hyoid during swallowing. Mylohyoid and geniohyoid both originate from the internal surface of the mandible. The former flattens the floor of the mouth while geniohyoid depresses the mandible. The digastric muscle also depresses the mandible. It is named for its two bellies which are joined to each other and to the hyoid bone by an intermediate ligament. Stylohyoid runs superiorly to the posterior belly of digastric from its origin at the styloid process of the temporal bone.

The infrahyoid muscles act mainly to depress the hyoid. The superficial sternohyoid and omohyoid originate from the sternum and scapula respectively. The latter has an intermediate tendon between its two bellies which in anchored to the clavicle. The sternothyroid is found deeper, running from the sternum to the thyroid cartilage. It continues toward the hyoid as a thin band called the thyrohyoid. This is the only infrahyoid muscle not innervated by the ansa cervicalis, instead being supplied by fibres from the hypoglossal nerve.

In this section, learn more about the anatomy of the muscles of the neck. 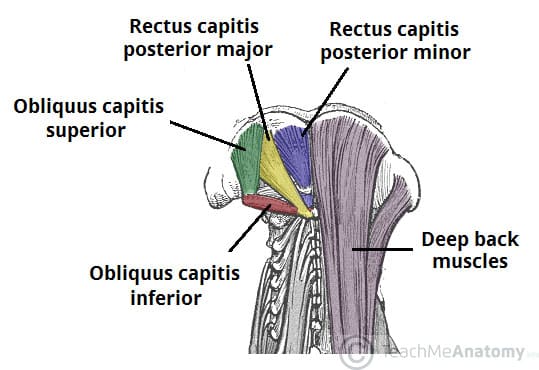 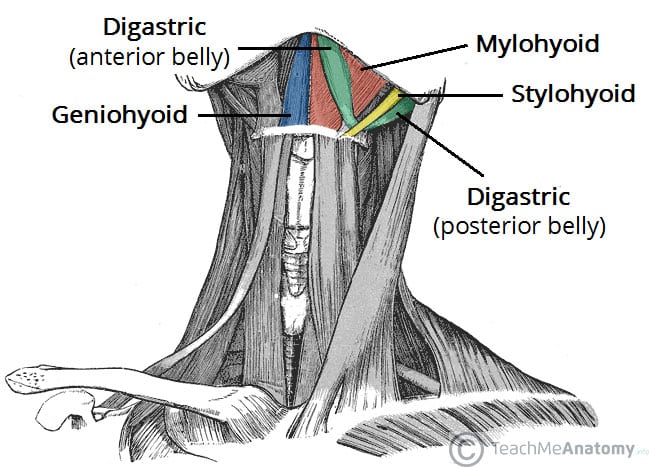 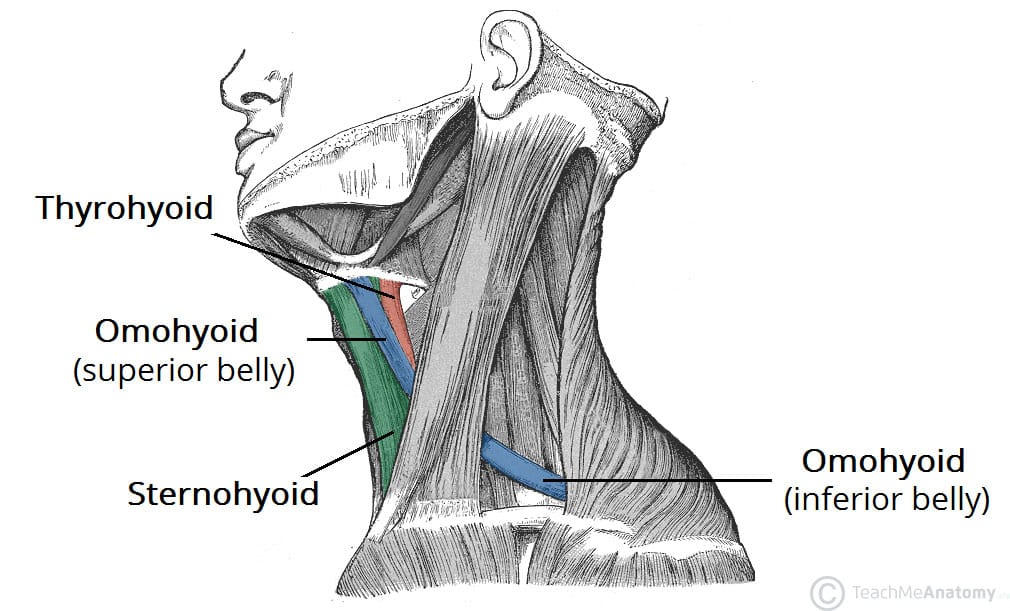 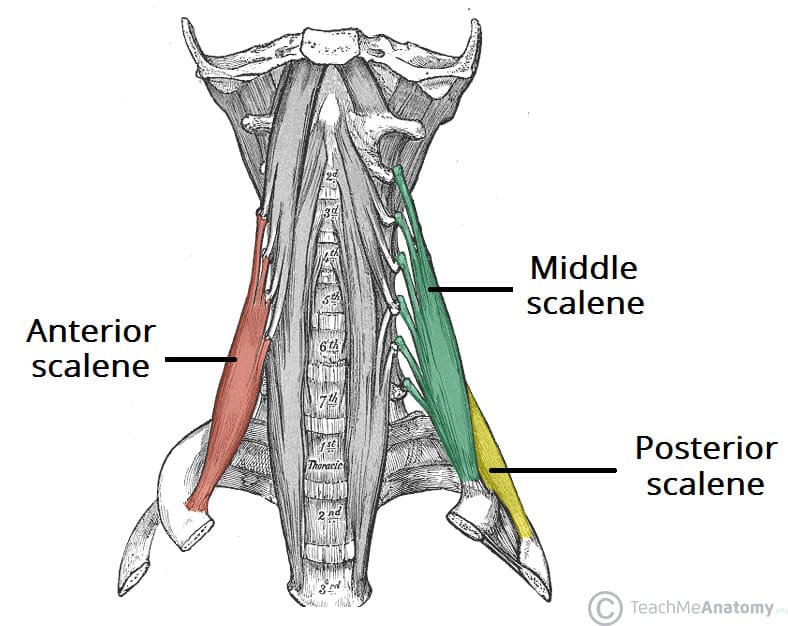