In this section, we will consider the brainstem. The importance of the brainstem is hard to overstate, as many of the key functions of the body are regulated here.

The pons is the largest part of the brainstem, located above the medulla and below the midbrain. It is a group of nerves that function as a connection between the cerebrum and cerebellum (pons is Latin for bridge). The pons develops from the embryonic metencephalon (part of the hindbrain, developed from the rhombencephalon), alongside the cerebellum. In this article, we will look at the anatomy of the pons – its location, structure and function, blood supply and clinical relevance.

The medulla oblongata (medulla) is one of the three regions that make up the brainstem. It is the most inferior of the three and is continuous above with the pons and below with the spinal cord. The medulla houses essential ascending and descending nerve tracts as well as brainstem nuclei. The medulla is conical in shape, decreasing in width as it extends inferiorly. It is approximately 3cm long and 2cm wide at its largest point.

The superior margin of the medulla is located at the junction between the medulla and pons, while the inferior margin is marked by the origin of the first pair of cervical spinal nerves. This occurs just as the medulla exits the skull through the foramen magnum. In this article, we shall look at the anatomy of the medulla – its external features, internal anatomy, and blood supply. 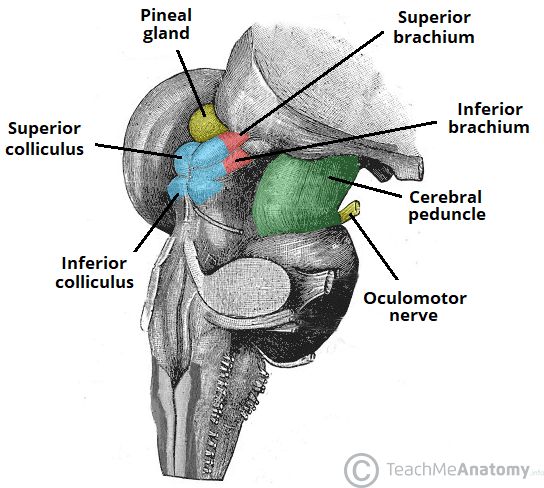 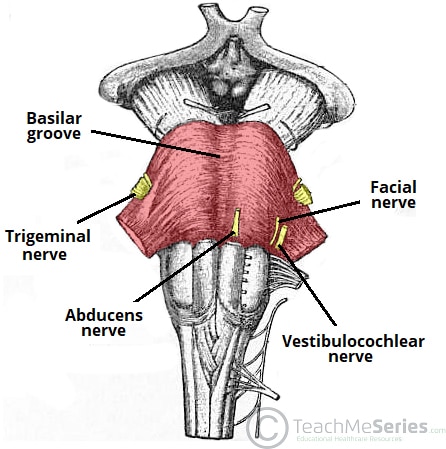 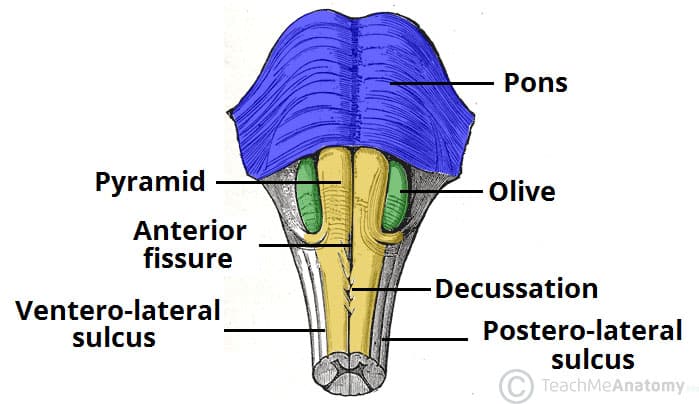