Nerves of the Neck

This section on the nerves of the neck discusses the anatomy of the cervical plexus and the phrenic nerves.

The cervical plexus is a network of nerves which forms from the anterior rami of C1-C4 within the prevertebral fascia in the posterior triangle of the neck. Its branches can loosely be described as sensory of motor components. Note that the plexus is found bilaterally.

The main sensory branches of the cervical plexus are the greater auricular nerve which innervates the external ear and skin over the parotid gland, the transverse cervical nerve which is responsible for sensation in the anterolateral neck and upper sternum, the lesser occipital nerve which innervates the posterosuperior scalp and the supraclavicular nerves which provide sensation to the skin over the supraclavicular fossa, sternoclavicular joint and part of the upper thorax. These sensory branches enter the skin at the posterior border of sternocleidomastoid (Erb’s point).

The numerous motor components of the cervical plexus mainly innervate the muscles of the neck and upper back. Amongst these components is the ansa cervicalis: a loop formed by contributions from C1-C3 which gives off branches to most of the infrahyoid muscles.

The phrenic nerve is an important branch of the cervical plexus. It is formed at the posterior border of the anterior scalene muscle by fibres from C3, 4 and 5 nerve roots. From here the left and right nerves follow slightly different courses down through the mediastinum. Both pass anteriorly to their respective lung roots and terminate in the diaphragm. The phrenic nerves provide motor innervation to the ipsilateral hemidiaphragm. They relay sensory information from the mediastinal pleura, the pericardium, the central part of the diaphragm and the surrounding pleura and peritoneum.

In this section, learn more about the anatomy of the nerves of the neck. 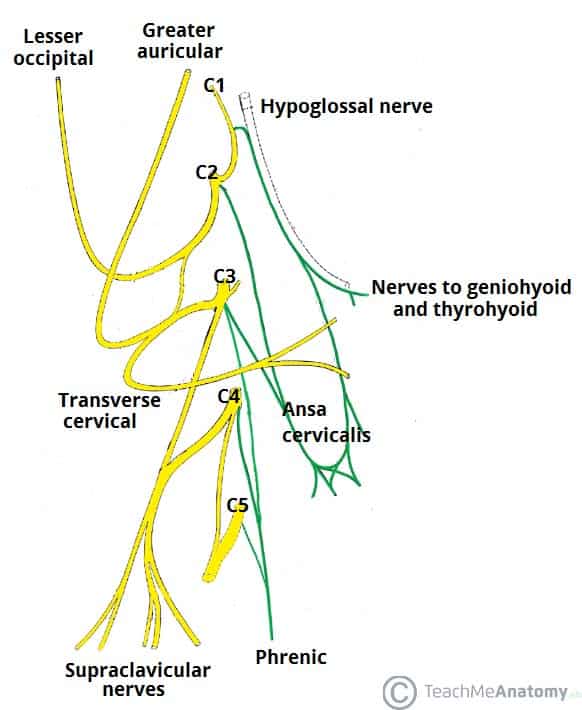 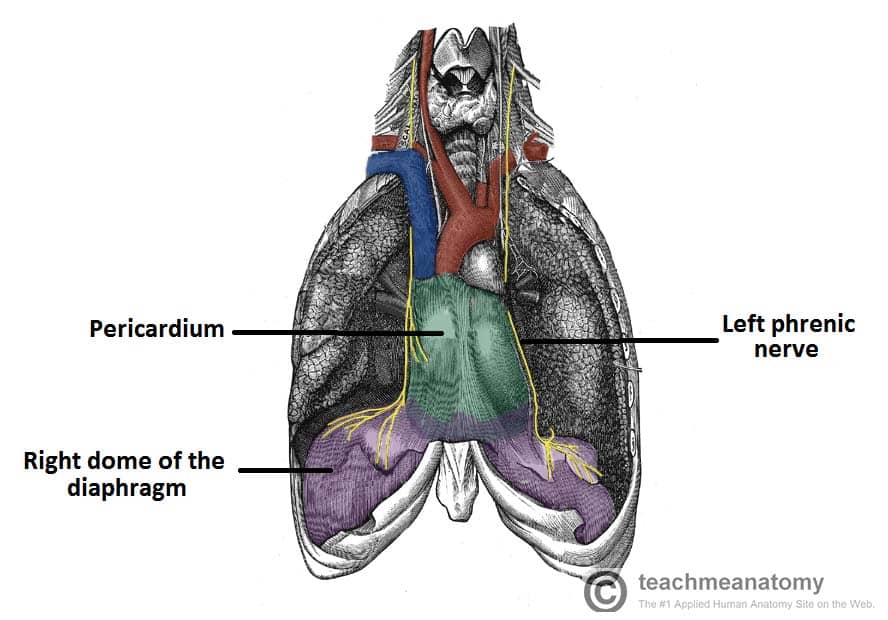